God is Preparing You for What’s Coming... The KING is at the Door

God has been preparing you for what is soon to come. Before Jesus returns, all nations will hear the good news about The Kingdom (Matthew 24:14)! Stay tuned for one of our most pivotal productions yet: The Kingdom of God Movie! Releasing on Youtube AoC Network 3/31/21

The god of the "Woke" Zombies 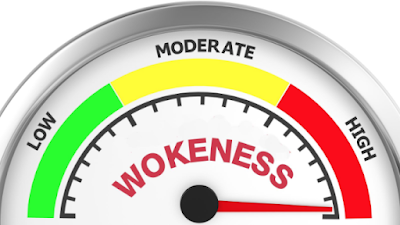 "Of all tyrannies, a tyranny sincerely exercised for the good of its victims may be the most oppressive. It would be better to live under robber barons than under omnipotent moral busybodies. The robber baron's cruelty may sometimes sleep, his cupidity may at some point be satiated; but those who torment us for our own good will torment us without end for they do so with the approval of their own conscience."

This is the curse we face today days with the “Cult of Woke” zombies! They are totally sold out to this new religion of theirs. They are more than just devoted zealots to the cause with the wide-eyed fervor and passion of a missionary entering the field for the very first time. Their exuberance often overwhelms them and one could compare them to the preverbal “Bull in the China Shop” but, it’s even worse than that! They are the new Jihadists, soldiers of “the neon 'god' they’ve made” in their own image who are engaged in a new "Holy War" bent on creating the long promised heaven on earth, even if it means they have to burn it all down in the here and now to make it happen.

And burn it down they will for the "god" of “Wokeness” commands it!

(use of little "g" for the Jihadi's "god" deliberate)

Do You Want to Find God? Truthunedited

Do You Know What is Happening? Be Ready! - Truthunedited

Will Netanyahu approve a Passover Sacrifice just to win the Israeli Election? Netanyahu is behind in the polls and needs something BIG to pull out the election. Click on this Nelson Walters video link to see what Israel's top rabbis are suggesting Netanyahu do to avoid the punishment of God. (and prison time)

Francis Chan on Until Unity

It’s clear from Scripture that God desires unity for His Church. Unity is what Jesus prays for, what He commands, and what He says will be the chief argument for unbelieving people coming to know God. But if unity is that important to the heart of God, and that critical to the mission of the church, then why isn’t it something the Church fiercely fights for and passionately pursues?

In his newest book Until Unity, Francis Chan calls for believers everywhere to align our hearts with God in His desire to see the church as unified as He is unified in the Father, Son, and Holy Spirit. We have done a poor job at this, but it can change. Those who are believers will hear the call and be eager to maintain the unity of the Spirit. This will be messy and painful, but we cannot allow this to discourage us from giving everything we have to the pursuit of a unified, restored Bride.

In Revelation and Daniel, the Beast has 7 heads and 10 horns. What current day nations comprise these symbols? Click on this video to learn how Revelation 13 and Revelation 17 give us the surprising answers. And what mysterious empire will be the eighth head?