Before Jesus Returns, he foretold exactly what we are seeing in our world. False prophecy, rumors of wars, preaching of the Gospel of The Kingdom, and much more. This episode explores key signs that we are nearing the Return of The Lord!

The Kingdom of God - Scroll Publishing

Interested in learning more about what early Christians believed? Visit https://thehistoricfaith.com where you will find online courses and community that will strengthen your love-faith relationship with Jesus Christ and His kingdom.

The Life of the Cross

I've long asserted that the "Social Justice Gospel," which I often refer to as the Social-ist in-Justice Gospel and the Gospel of the Kingdom that Jesus preached are two separate things! Along with that, I've posted the warning of Galatians 1:8 to those who preach the former in place of the latter. Today I discovered a great article that explain in better detail than I have been able to as to why. In addition to the teaser, I will post the link to the rest of it below:

Social justice. We hear about it everywhere. The term seems so “user friendly.” It elicits positive emotions and vibes. Yet, as with so many other things, appearances can deceive. The fact that something glitters doesn’t necessarily mean it is gold. It might look good, but that doesn’t mean it’s of God. The way that looks right actually may lead to destruction. So it is with social justice.

What Is Social Justice? Read more at this (LINK)

The "Hate Crimes" of Jesus - Doug and Doug


In today's world, Jesus would be guilty of intolerance, bigotry, and narrow - mindedness. He would be hated. In fact, the spirit-filled believers who believe his words and live out his teachings, are told they, too, will be hated, falsely accused, persecuted, and possibly killed for following him.
They killed him then, and kill him now. Our calling as Christians is to preach his words to as many as come across our path and pray for their salvation. If we are treated the way they treated Jesus, we are to count it as joy.
Let's not try to find a way out of this through compromising. Let's finish this race to be pleasing to the Lord.
Posted by Doc at 2:55 PM No comments:

To Be With Him 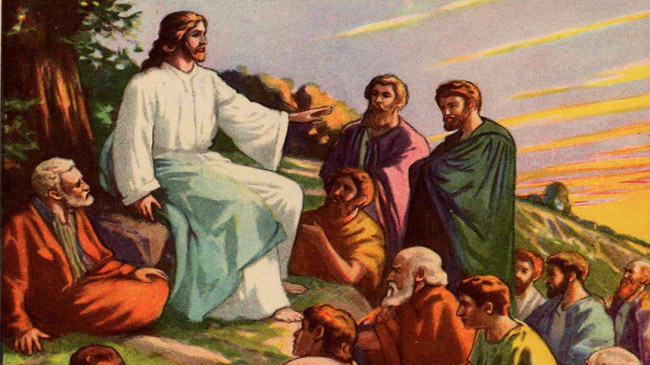 The first order of business was not the preaching or the sending forth; it was simply being with Jesus. During those times of being alone and with Christ, He revealed Himself to them in a deep way. They walked with Him, watched Him, and listened to Him for three and a half years. Just as importantly, they learned to walk with each other. They learned how to serve one another in love. When Jesus finally did send them forth to preach they actually had something worth sharing and worth listening to.

Source: "The Church in the Wilderness"  by Chip Brogden
http://www.chipbrogden.com/books/the-church-in-the-wilderness
Posted by Doc at 4:20 PM No comments: