Will a New Dark Force Invade Earth in 2021 at the GREAT RESET?

What Makes Christianity So Unique?

What Are You Expecting In 2021? | Truthunedited

Is The UNIVERSE God? - Biblical Answer (SO POWERFUL)

Many have equated the universe with God. Is the universe God? Why is it so Big? What does the Bible say about this? Stay tuned for this insightful message that will Shock your core. This will be an episode to share with others.

Why was Jesus Born in Bethlehem and Why Were Angels Sent to Shepherds?

Where was Jesus Born? Was it in the Tower of the Flock in Bethlehem? And if so, was it a SIGN of what was to come? Were these Shepherds more than normal shepherds, and were they summoned by the angels to certify the Lamb of God as without blemish? Watch this Nelson Walters video to discover the evidence of Jesus' true birth place and the stunning reasons why.

Big things are coming in 2021! Here we explore some of the Biblical documentaries that will soon be released (Antichrist, New Covenant, Special "Universe" video). Once these are produced, we can finally begin work on Season 4! God bless 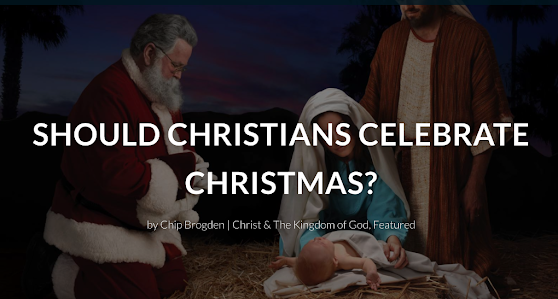 But way back in the fourth century, about the time that the Church became institutionalized and systematized, “the powers that be” decided that December 25th would be a day to celebrate the birth of Jesus. This became known as Christ’s Mass, and the first recorded observance took place in Rome on December 25, 336 AD – some 23 years after the edict of Milan in 313 AD that stopped the persecution of Christians in the Roman Empire. Fast forward a couple of thousand years and December 25th has became the religious, cultural, and social holiday event known around the world as Christmas.

The question is: Should Christians celebrate Christmas?

Subversive Sanity (how to change the world when it goes bananas)

Are You Willing To Be Hated - Truthunedited

The Book of Revelation: The Capstone of Jewish Cruciform Apocalypticism: Maranatha Bible Study

A Big Picture Roadmap of the Book of Revelation: Maranatha Bible Study

An Introduction to the Book of Revelation: Maranatha Bible Study

Dalton Thomas introduces the Maranatha Global Bible Study on the Book of Revelation.

Hanukkah is the Hidden Template of the Great Tribulation and ANTICHRIST

The events of Hanukkah exactly parallel the prophecies of Daniel 11 and Jesus in Matt 24. by knowing what happened in Hanukkah, we can better understand the Great Tribulation to come. And by knowing more about the life of Antiochus IV, we can better know what the Antichrist will be like since he is history's greatest foreshadow of the Antichrist.

One GIANT STEP Closer to the Antichrist: End Times Prophecy Fulfilled - HOW?

Will a New Dark Force Invade Earth in 2021 at the GREAT RESET?

Did the Prophet Daniel see a similar battle in Daniel 10 prior to receiving his final vision prophecy? Will a new Dark Force or demon invade Earth at that time? Watch this Nelson Walters video to discover what might lie behind the events we've been seeing on earth.

If You Struggle With Forgiveness..Watch This!

When Will Jesus Return?

What Are WE Going to Do?