HOW DOES GOD REALLY SPEAK TO US? Every believer needs to know this! DLM Christian Lifestyle

In this video, I answer one of your questions, "How does God speak to us?" Watch the full video to understand how God might speak to you.

Will the Abraham Accord help initiate End Time Prophecy like Ezekiel 38 (Gog and Magog), Daniel 8, Zechariah 6, and Isaiah 28? (Also watch The Red Heifer and Abraham Accord Both LINKED to Third Temple https://youtu.be/4RcjFOXAOsw) Is the Abraham accord the first step in establishing an alliance of nations in the southern Middle East that will become allies of Israel in the end times? Does this explain why certain nations are included in the Gog Magog struggle in Ezekiel 38 and why others are not? Does this explain why the Daniel 8 Prophecy takes place? Will this be the Covenant in Isaiah 28? Watch this Nelson Walters Video to find out.

Clear evidence is presented to show that what the Bible foretold, has happened and is happening throughout the History of Israel. Enjoy this Special Cut of our Hosea Prophecy Episode.

The Consequences of Relativism - Stand to Reason

Jon Noyes of Stand to Reason explains what happens when moral relativism is followed to its logical conclusion. For more information, visit str.org.

The Red Heifer and Abraham Accord Both LINKED to Third Temple

The Red Heifer and the Abraham Accord are both linked to the Coming Third Temple. The Abraham Accord was signed last week and NEXT WEEK the Red Heifer may be deemed kosher. Why are these two incredible events happening now and how are they linked to the building of the Third Temple in Jerusalem? Watch this video to learn what other prophecies may be fulfilled this year on the road to the building of the Third Temple.

The Economic Collapse is Coming - Truthunedited

Bible Prophecy Continues to Unfold: ISRAEL and The USA (2020)

What the Bible foretold would take place with Israel, is happening. Are we living in the generation to see the Lord's Return? After watching this video, do your research regarding recent developments with Israel. This video is to encourage Bible study and Research for those willing. We usually allow comments on our videos. However, we believe it will be more effective for everyone to do their own research on what is presented here and allow the Holy Spirit to give you insight on your findings. God Bless!

God Understands Your Struggle...A Message Every Believer Should See

In this world of sin, God understands the struggles we all face. His Holy Spirit is leading us all closer to him. This is a message every believer should see.

"Laying THE Foundation" - A Guide to Teaching Disciples

The apostle Paul wrote: “As a wise master builder, I laid a Foundation.”

I've long asserted that the "Social Justice Gospel," which I often refer to as the Social-ist in-Justice Gospel and the Gospel of the Kingdom that Jesus preached are two separate things! Along with that, I've posted the warning of Galatians 1:8 to those who preach the former in place of the latter. Today I discovered a great article that explain in better detail than I have been able to as to why. In addition to the teaser, I will post the link to the rest of it below:

Social justice. We hear about it everywhere. The term seems so “user friendly.” It elicits positive emotions and vibes. Yet, as with so many other things, appearances can deceive. The fact that something glitters doesn’t necessarily mean it is gold. It might look good, but that doesn’t mean it’s of God. The way that looks right actually may lead to destruction. So it is with social justice.

What Is Social Justice? Read more at this (LINK)

The Second Coming of Jesus: Exact Steps in His Victory Over the World

What happens after the Second Coming of Jesus? Exactly how does he overcome the world? (Be sure to also watch "Jesus Coming on a White Horse is NOT the Same Event as His Coming on the Clouds https://youtu.be/F2UOfGhWdV4)

There is so much more to Jesus' Return than just his glorious appearance in the sky. What surprising events happen in the year AFTER Jesus returns? Will a number of these events occur on the 7 Feasts of the Lord? Are these events linked to the Second Exodus from Egypt? And His defeat of the Antichrist? Watch this Nelson Walters video to find the biblical clues to the year after Jesus' Return and the beginning of his reign.

Jesus' own words on how to live the gospel. All 234 commands of Jesus, in canonical order

These are the commands of Jesus. All of them. In Jesus's own words. Go the whole world over, and proclaim the Good News to all mankind. -Mark 16-15(WNT) so please do your bit: like, share and subscribe. Above all - share it as much as you can... In the 4 gospels of the Holy Bible are over 230 commands that Jesus gave on how to live; how to be made whole; how to enter the kingdom of heaven; how to receive God’s Holy Spirit; how to do God’s work in life; and how to become reconciled with God. Throughout the 4 gospels many are repeated. In 2 of the Gospels you will find Jesus's own words on what is referred to as "The Great Commission" - 34:08 & 49:55 ("go into all the world..."). Jesus's Greatest Commandment in the gospel of John; instructions on receiving the Holy Spirit / Holy Ghost in the synoptic gospels; implorings to follow Jesus; and all the commands in the gospel of the Holy Bible in the words of Jesus. Every command of Jesus is included in this video (and the pdf), except those such as Jesus’s instruction to the Samaritan woman at the well to ‘give me a drink’ (John 4-7).

The Parables of Jesus Explained Who ISN'T Going to Heaven || SHOCKING

In the parables of Jesus, He explained who doesn’t go to Heaven. The answer is shocking. It is not who you would expect. (Also watch Jesus Most Misunderstood Parable (The Vultures) - WHY IT MATTERS https://youtu.be/LWddrb1tNS4)

In Matthew 25, Jesus told three parables about the great separation of the righteous from the wicked. You would expect the wicked to include drug addicts, murders, sexually immoral, but that is not who Jesus indicated wouldn't make it to heaven. They were people who likely sit besides you on Sunday or Shabat. Watch this Nelson Walters YouTube video to find out who Jesus says isn't going to Heaven

Jesus Coming on a White Horse is NOT the Second Coming - See What IS!! - Nelson Walters

This is truly the single most important aspect about end times that almost no one is examining. It might seem crazy. Both returns (on the clouds and on a horse) have Jesus leaving heaven and both happen at the end of their respective accounts. So most assume they are the same event. However this MUST WATCH Nelson Walters video details 10 distinct differences between the two events that prove they CANNOT be the same.

WHAT DOES "NOT BEING OF THIS WORLD" MEAN?

I'd have to say, Not so Fast! IMHO, the "Church of Woke" isn't as woke as they "feel" (note: I did NOT say think). Critical Theory and Intersectionality are NOT biblical and those who teach otherwise are preaching "Another Gospel!" I suggest they reread Galatians 1:8 and repent while they have the opportunity.
Posted by Doc at 6:27 PM No comments:

The Habit of Open-Mindedness: Process Series

In our latest video from our Process series, we talk about how important it is to set aside our assumptions about the world when reading the Bible and instead work to understand what the biblical authors were actually trying to communicate. When we cultivate a habit of open-mindedness when studying the Scriptures, there is endless discovery over a lifetime of reading available to all of us. #BibleProject #BibleVideo #Process
Posted by Doc at 12:58 PM No comments:

Everyone Must Know: Moses Gave Prophetic End-Time Warning Revealing Christ’s Return is Near

Is the Return of Jesus Near? Don't miss this must see Prophetic Parallel from Moses' story showing how close our world is to seeing the Second Coming. This is a message all believer should see.
Posted by Doc at 8:01 PM No comments:

Dalton Thomas discusses the biblical, prophetic, and geopolitical implications of the rise of Turkey as a regional power.
Posted by Doc at 5:00 PM No comments:

Who is Left Behind - the Wicked or Righteous? Evidence You've Never Seen from Hebrew Matthew

Who is left behind at the return of Jesus, the good or bad? Are the wicked left behind? Or are the righteous left behind and the wicked taken to judgment? (Be sure to also watch The Parable of the Wheat and the Tares https://youtu.be/BVQ6jJaUfCw)
Christians have debated this question for generations. Watch this Nelson Walters video for the evidence from the Bible PLUS new evidence from the Hebrew Gospel of Matthew. Who is left behind in the analogies Jesus told like Noah, Lot, and the Parable of the Ten Virgins? What do the Greek words for "taken" and "left" mean? If you like biblical analysis like this video, be sure to subscribe by clicking here https://youtube.com/nelsonwalters?sub...
Posted by Doc at 7:37 PM No comments: 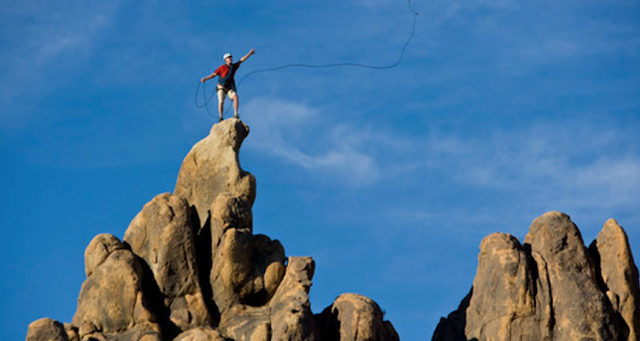 “God is able to make all grace abound toward you.”2 CORINTHIANS 9:8

God will not LEAD you where His grace cannot KEEP you. That is to say, when we undertake the work assigned to us by the Lord we will find the Life of the Lord is present to give us all the inner spiritual strength to see it through to completion.

I am not saying everything will go smoothly and you will never have any self-doubt or fear. Far from it. But listen to what Paul says: “We are hard-pressed on every side, yet not crushed; we are perplexed, but not in despair; persecuted, but not forsaken; struck down, but not destroyed” (2 Corinthians 4:8,9). His secret? “I also labor, striving according to His working which works in me mightily” (Colossians 1:29). Not I, but Christ. This is the secret to the Christian life and it is the key to all fruitful spiritual work.

Source:“The Church in the Wilderness” by Chip Brogden
Posted by Doc at 1:52 PM No comments:

“When they had lifted up their eyes,
they saw no one but Jesus only.”
-MATTHEW 17:8
When we SEE an ever-increasing Christ Who is destined to fill all things, then we will be delivered from smallness and narrow-mindedness. We do not overcome a thing by focusing our attention and directing our energies against that THING. “Things” will keep us busy from morning until night, and from night until morning.
May God deliver us from “things” and show us His Son! We must learn to keep the focus of our heart on the Lord Jesus Christ, Who MUST increase. Then there is no room for “things” anymore. They are simply swallowed up in Victory.

Source: "Lord of All" by Chip Brogden|
http://www.chipbrogden.com/books/lord-of-all